Developments of the Avian Embryo: A Behavioural and Physiological Study 1st Edition is available to download free in pdf / epub format. 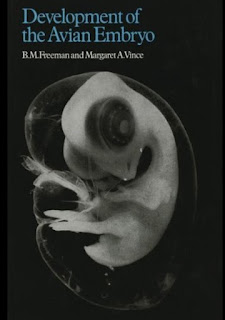 In this book we have described the major events of embryonic development and considered the underlying mechanisms which result in the production of a viable hatchling. We have, as the subtitle of the book indicates, con­ centrated on behavioural and physiological topics: it is not our purpose to consider the early embryology of the bird – which is adequately covered by other texts – but we have included morphogenetic information where appropriate. The form of the book was dictated by a belief that interest in this aspect of development is not confined to embryologists, biochemists and physiolo­ gists. Therefore after describing the conditions in which the egg normally develops we have considered first the whole embryo: what it is like at different stages, what it does, how it gets from one position to another within the shell and how, later, it comes to interact with the wider environ­ ment of the nest. Only after this have we considered the development of the nervous and sensory mechanisms on which this transformation depends and on the problem of the level of behavioural maturity with which the chick emerges from the egg. With the main lines of development described we have, in the second part of the book, turned to a detailed consideration of the physiology of development: ranging from what may be conveniently described as the ‘life-support’ systems – gaseous exchange, provision of energy, etc. – to the of hormones in avian developmen.

BSAVA Manual of Canine and Feline Haematology and Transfusion Medicine

The basic principles of haematology, which form the core of the Manual, have been updated to include new diagnostic procedures and new treatment strategies...

The BSAVA Small Animal Formulary is the gold standard for information on drug use in small animal practice. This seventh edition has been fully updated by an...

Managing a veterinary practice these days is no easy task, and the changes that have taken place over the past years add to the challenge. Medical care is more...